How is Vietnamese Weather?

So… What’s Up with Vietnamese Weather? 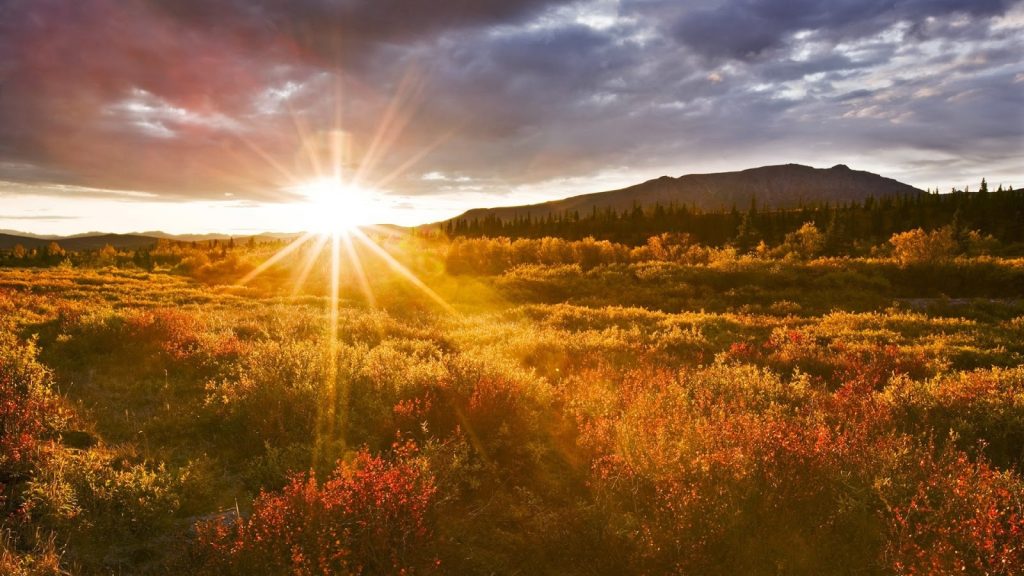 If you’ve looked into visiting Vietnam, you may have googled when the “best” time to come is in terms of the weather. You obviously want to get your money’s worth, take nice photos, and not worry about losing time you could spend exploring the country to the mercy of mother nature (especially if you’re only here for a short time). You may have been warned about the “dreaded” rainy season- I know that this term intimidated me at first. I’m from the Northeastern US so we definitely have our fair share of extreme weather conditions. Remember that time Boston got 110.6 inches (280.9 cm) of snow from the winter of 2014-2015?! You know… when we had to make “snow farms” and use industrial strength snow melters because we ran out of places to put it all!? Also, it seems that “bombogenesis” is like a pretty normal word in a New Englander’s vocabulary now? Of course those who think that global warming is a “hoax created by the Chinese” will cite this as ironclad proof that the earth isn’t getting warmer. To those people I say: your critical thinking skills still need some work but some good old fashioned logic and literature will hopefully do the trick for you. Best of luck though, you definitely need it. 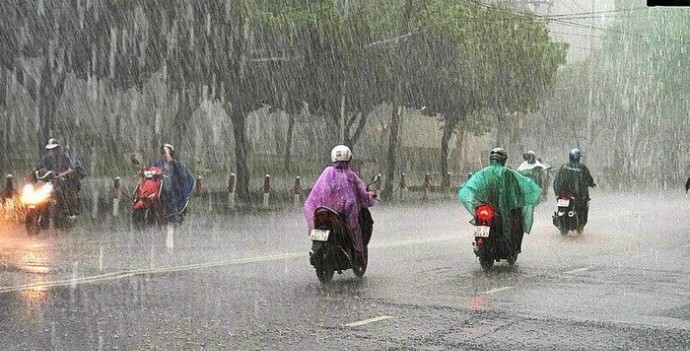 Anyway, back to the rainy season! So what can you expect if you’ll be heading to Vietnam? The answer to that question really depends on which region of the country you’ll be visiting. If you’ve seen Vietnam on a map, you probably marveled at how long and skinny it is. If you were to take a bus from Hanoi (in the north) to Ho Chi Minh City/Saigon (in the south), you could expect to be traveling for upwards of 38 hours (not accounting for traffic that you might encounter when you’re in proximity of major cities). The northern, middle and southern regions experience entirely different weather patterns and temperature ranges so you should definitely keep this in mind as you’re planning your trip. The far northern and northern regions have 4 seasons. In contrast, the northern central coastal, mid-central, central highlands, and southern regions have two distinct seasons: the rainy season and the dry season. It should be noted, however, that the beginning and end of each season depends on how far north or south you are. There is no consistent weather timeline in Vietnam. The following information focuses on each region in greater detail to give you a more nuanced picture of what to expect during various parts of the year.

The regions of Sa Pa, Hà Giang, Bắc Hà, and Mù Cang Chải are located north of Hanoi and they experience different weather patterns than the rest of the north since the area is quite mountainous. It would be impossible to equate the weather of each of these cities, although they are in relatively close proximity. I have chosen to look at the weather patterns of Sa Pa to provide an example. The saying goes that this city can experience “4 seasons in a single day,” although it is generally home to a sub-tropical climate and thus is one of the cooler regions of Vietnam. One source describes a typical day in Sa Pa as “spring in the morning, summer in the noon with light sunshine, fall evening with slight fog and [some] cloud[s] in the sky and winter at night” (Source: http://sapatoursfromhanoi.com/weather-in-sapa-4-seasons-in-a-day/).

The average temperature of the city is approximately 15°C (59°F), which is likely not what you were expecting when you started to do research on Vietnamese weather. With the temperature being quite mild, the real concern is the amount of rainfall that you might experience when you visit. With the highest amount of rainfall occurring from May to August, most tourists go to Sa Pa during the months of September to November and March to early May. If you do decide to venture to this city during the rainiest part of the year, prepare for flooding, copious amounts of mud, and ruined shoes. If these things don’t faze you and you’re looking to avoid the crowds, you can brave the conditions- by all means! The travel agencies there will certainly appreciate it, as business is not exactly booming around that time of the year. Some details about the seasons are located in the table below for Sa Pa to give you a sense of what to expect:

For more details about the weather in Sapa, please check out this link.

In the north (consisting of cities like Hanoi, Hạ Long, Ninh Bình, Hai Phong, and the region of Cat Ba Island, etc), May to October is hot and humid with high rainfall. There are 4 distinct seasons, although characterizing these as “rainy” and “dry” seasons is still appropriate based on the nature of the weather patterns . Below is a chart which documents temperatures during various parts of the year, as well as the months for each season in Hanoi. 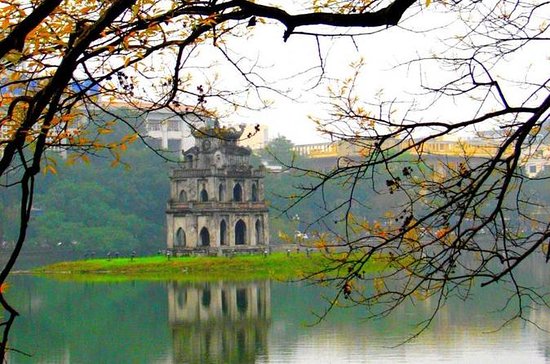 In general, I think that people shouldn’t be discouraged by the summer season in the north- there is something for tourists to gain by coming to this region at any point in the year. After all, how often are you going to see people motorbiking during a flash flood as if it’s the most normal thing in the world? Or seeing knee-deep or even thigh-deep flooding and people casually wading through the water barefoot? Okay yeah, maybe it’s not the most desirable thing ever, but it’s more interesting to actually see how people live their lives rather than just coming only when it’s comfortable for you. The flooding usually doesn’t last long anyway- drainage systems are pretty necessary around these parts so it is generally quite temporary. Of course there are periods where drainage systems are inundated by the amount of rainfall, however, which can make life inconvenient. The Vietnamese (and people who live in other Southeast Asian countries) are famously stoic about the weather but they have to be. It’s inevitable that weather conditions are going to be less than favorable at certain points in the year and they need to go about their lives regardless of the inconveniences that might come up. Naturally, there will be fewer crowds and lower prices during certain parts of the year so there really is a silver lining when you go during the off-season.

Note that depending on where you go within the northern region of the country, each city will have different temperatures and weather conditions. For a more comprehensive guide, visit this website which details climate information for more cities.

The North Central Coastal region of the country- which consists of cities like Vinh, Hà Tĩnh, and Thanh Hóa- has unique weather patterns from the far northern and northern region. This area is part of the tropical monsoon region and experiences a tropical climate. There are two distinct seasons here: the rainy season and the dry season. The below table details the weather patterns of Hà Tĩnh, but again, each city will experience different patterns so it would be wise to research the climate of each city that you plan to visit. The average annual temperature is 24°C (75°F) but the true temperature ranges by the month and season.

Additional information about this geographic region can be found here for those who are interested. 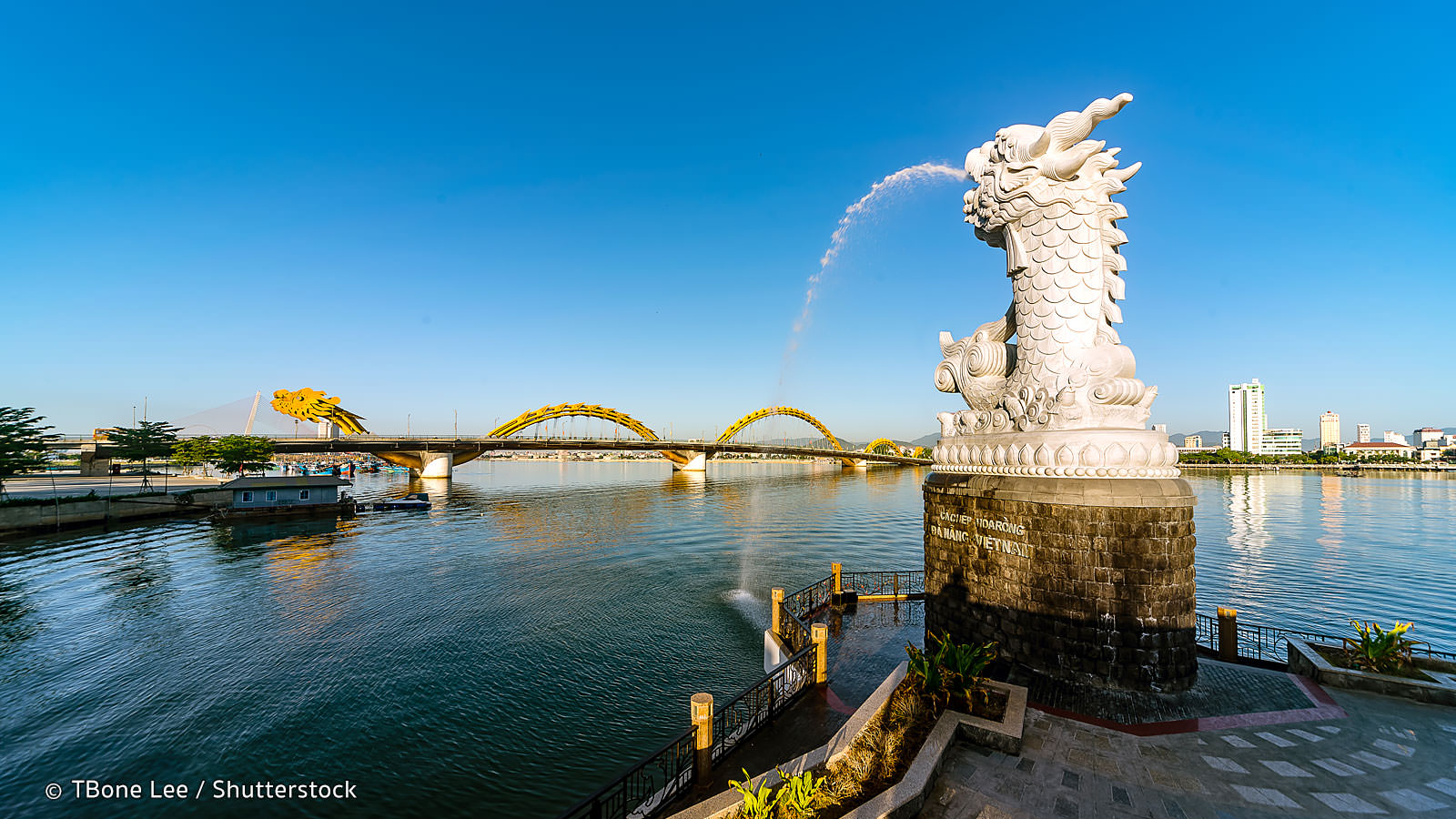 The central region of the country includes famous cities like Da Nang, Huế, Hội An, etc. As previously stated for other sections of this article, it’s quite difficult to generalize the weather from city to city so definitely do research on the specific places to which you will be traveling. I’ve chosen to focus on Huế, as it is smack dab in the center of this region and it’s a highly popular travel destination (for good reason). Here you can see the Imperial City, famous tombs of Vietnamese emperors, and numerous pagodas and temples. If you can only see a few cities during your stay in Vietnam, you absolutely should put this one on your list- visiting here is essential to gaining a deeper understanding of the country’s history. Much like the north central coastal region, you will see two seasons here: the rainy season and the dry season (and a tropical climate overall). Below is a table which details the seasons and temperature ranges for you:

For more information about the weather in Hue, check the link here.

Vietnamese cities like Quy Nhơn, Nha Trang, and Đà Lạt are located within the central highlands region of the country (which is still in the central area but nearing the southern region). Here you can find an arid climate and rolling hills, as opposed to the tropical southern region. I have included tables below for two popular destinations below: Đà Lạt and Nha Trang. As Đà Lạt is located inland and Nha Trang is on the coast, both cities experience vastly different weather patterns though they are not all that far away from each other (approximately 4 hours by bus). In particular, Đà Lạt is quite famous for having relatively mild conditions year-round, although it’s still affected by monsoons from the north and south of the country.

More information about Đà Lạt’s weather patterns can be found here, here, and here for those who wish to learn more:

In southern Vietnam, you can visit famous cities such as Ho Chi Minh City (HCMC)/Saigon, Mũi Né, Phú Quốc, and regions such as the Mekong Delta. The south also experiences two distinct seasons: the rainy season and the dry season. I have chosen to focus on the weather of HCMC for the purposes of this article. The city is home to a tropical wet/dry climate with an average humidity of 78–82%. It rains approximately 150 days per year during the rainy season so if you come here during that time, there’s a fair chance you’ll witness flooding at some point (mild or severe). The total rainfall for the city over the course of a year is approximately 180 centimeters (71 inches).

Please see the table below for more information:

For more information about HCMC’s weather, please follow the links here and here.

If you’ll be going to multiple regions of Vietnam, you’ll want to be prepared for as many weather patterns as possible. My general recommendations are as follows:

Thanks for reading and safe travels!

I’m an American backpacker who has been living and traveling in South East Asia for the past several months. I left a job in finance to see more of the world and to teach English abroad. I’ve loved my experience in HCMC and beyond and I hope to share some of my experiences with prospective and fellow travelers.