So your travels have finally taken you to Ho Chi Minh City and you’re ready to start exploring all that this amazing place has to offer. Welcome! The novelty of being a “millionaire” in Vietnam may or may not still be fresh for you (1 million VND is approximately 43 USD so it’s really not all that difficult to become a millionaire around here- don’t let the power go to your head!!). You may be wondering how much money you should have in your wallet to experience some of what the city has to offer on your first day. Here’s a general guideline for how you should prepare if you’re still new to the city.

If you’re from a different part of the world (particularly from the west) breakfast in Vietnam may not really be what you’re used to. Being from the US, I usually envision buttered toast, eggs, pancakes with maple syrup, etc., for my first meal of the day. While you’re in Vietnam, you can switch it up a bit by getting a bánh mì sandwich. The breakfast BANH MI I get usually get consists of a baguette, fried eggs, fish sauce, and sweet chili sauce. It’s simple, cheap, and filling so it sets you up quite well for feeling energized and alert when you’re touring museums or walking around the town. My hostel provides a free sandwich and a banana in the morning but if you’re buying a sandwich like this in a restaurant, you can often find it for about 10,000 - 15,000 VND (0.43 USD - 0.65 USD). The banana would probably cost around 3,000 VND at a market (about 0.13 USD). I like to pair my bánh mì with an iced Vietnamese white coffee (also called a “milk coffee”).

The iced white coffee contains a small but potent amount of beverage mixed with some sweet condensed milk. This can normally be found for 15,000 VND – 20,000 VND (0.65 USD - 0.86 USD). If sweet coffee isn’t your thing (believe me, the condensed milk is really only for those with a sweet tooth- it’s very sweet), you can get a black Vietnamese coffee which is usually sold at the same price.

When you’re in Ho Chi Minh City, I highly recommend taking a trip to the War Remnants Museum in district 3. However, prepare yourself mentally for the experience, as it is quite graphic and can be very emotional for visitors. I would recommend spending at least a couple hours in the museum, as there are many different sections to see and there is a lot of important information to take in. This is something that should absolutely not be rushed during your visit, as it is absolutely essential to understanding the history and legacy of the Vietnamese people. The museum is open from 7:30 – 18:00 every day so you will have plenty of time to visit, regardless of how long you’re in Ho Chi Minh City. 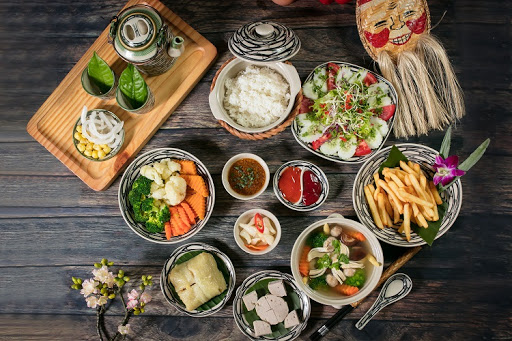 If you’ve had Vietnamese food in a restaurant before, you’ve likely already tried phở. But if you’ve never had this world famous noodle soup in its country of origin, you should definitely get on that ASAP! While there are various types of phở available in restaurants and in food stalls, the most popular variety contains beef broth, beef chunks (with some fatty pieces), basil, lime juice, bean sprouts, cilantro, and mint. You usually have the option of putting chili sauce or chili paste into the soup to add a spicy kick to your meal. The price range really varies on where you’re buying your meal. If you go to a local food stand, you can pay as little as 25,000 VND (1.08 USD). If you go to a sit down restaurant, you can pay somewhere within the range of 50,000 VND - 75,000 VND (2.16 USD – 3.24 USD).

If you get your food from a stall, try to make sure that the broth is boiling rather than just warm to avoid the potential for food poisoning. Sometimes food can be sitting around for a while before you buy it and if it isn’t sufficiently heated or reheated, it can make you sick. If the locals are eating there, however, there’s a good bet that the food is safe to eat and you shouldn’t worry too much. This warning is not to deter you from eating at street food stands- I’ve had many great/exceptionally cheap meals from places like this but it’s in your best interest to protect yourself and make informed choices when you’re trying something new. You can also get a delicious local beer (i.e. Saigon Special) to accompany your meal from 15,000 VND – 20,000 VND per bottle (0.65 USD - 0.86 USD).

How much to visit independence/Reunification Palace (40,000 VND for the entrance fee; 1.50 USD)** in Hi Chi Minh

The Independence/Reunification Palace in district 1 is a fascinating place to visit and is a short 5-minute motorbike ride from the War Remnants Museum. I would recommend spending at least an hour here to explore but some people choose to stay longer since there is much to see. The building was originally called the “Norodom Palace”  and was constructed in 1873 during the French occupation of Vietnam to house the French Governor of Cochinchina (the region of southern Vietnam). Japanese invaders briefly occupied the palace in March of 1945 but the French regained control in September of that same year. By 1954, the French colonists surrendered to the Communist forces of the Việt Minh but the palace was handed over to the Prime Minister of South Vietnam, Ngô Đình Diệm, after the 17th parallel was drawn which divided the country of Vietnam in two.

After declaring himself President of South Vietnam in 1955, Ngô Đình Diệm renamed the building the Independence Palace. After much of the original palace was destroyed in 1962, Ngô Đình Diệm had the rest of the structure demolished and erected a new palace in its place. He would, however, never actually live in the new palace, as he was assassinated in 1963 during its ongoing construction. After the building was completed in 1966, the palace served as the home of General Nguyễn Văn Thiệu from 1967 – 1975, until he fled for his life as the North Vietnamese army approached. On April 30th, 1975, the North Vietnamese Army bulldozed the gate to the palace and officially took control of the building, effectively ending the Vietnam war. The palace was officially renamed Reunification Hall but it still seems to be referred to by many as the Independence/Reunification Palace today. I would highly recommend a visit during your stay in HCMC! The site is open from 7:00 – 11:00 and from 13:00 – 16:00 so there is plenty of time to visit during the daytime. 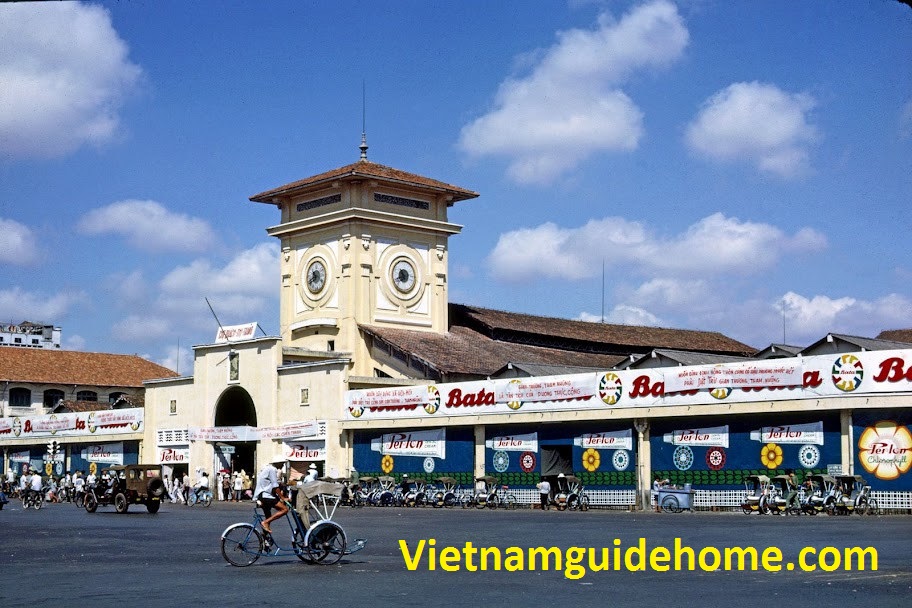 Want to buy some cheap souvenirs for friends and family during your travels and work on your haggling skills at the same time? The Bến Thành Market in district 1 is an excellent place to do both- it’s a short 4 minute motorbike ride from the Independence Palace and it’s an essential on a traveler’s Ho Chi Minh City bucket list. I should forewarn you, however, that the market can be a bit overwhelming if you’re new to this type of setup. It’s extremely crowded with shops and people so you may have difficulty moving around if you’re there during the high traffic hours. Shopkeepers will vie for your business aggressively, and it may appear to be a high pressure situation. However, keep in mind that you can literally walk away from a transaction at any time- you are in no way locked into a purchase until you actually hand over your cash. Walking away can also be a form of haggling- if shopkeeper names a really high price, name a lower one. If they don’t agree, just walk away and they will likely cut the price down for fear of losing your business. As a consumer you really do have an upper hand, although you will definitely pay more as a tourist than you ever would as a local. That’s just how the system works around here when there are no official prices on the merchandise- just get used to it and you’ll enjoy the actual experience of being here a lot more.

If you’re looking for a good Vietnamese noodle dish for dinner, I recommend the bún thịt nướng. It consists of cold rice-vermicelli noodles with pork slices, basil, mint, lettuce, bean sprouts, a spring roll or two, and some peanuts on top. You can add some fish sauce to the dish to give it some flavor and if you like spice, there will likely be sweet chili sauce or chili paste available. There are other ingredients that may be used but this is a common presentation of the dish. Note that this is common in most regions of Vietnam. In Hanoi, however, a similar dish is served which is called bún chả. Bún thịt nướng can be found in Ho Chi Minh City for as little as 26,000 VND (1.12 USD) or as much as 80,000 VND (3.46 USD)- it really depends on the restaurant you choose. Again, you can wash the meal down with a nice cold beer from 15,000 VND – 20,000 VND (0.65 USD - 0.86 USD).

So what will this cost? 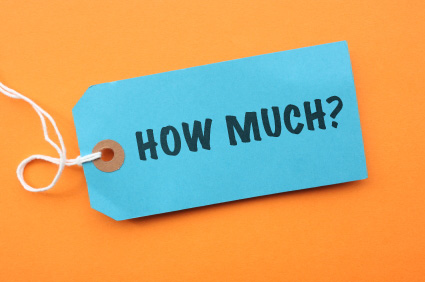 You may notice that I have not yet factored in transport costs into this itinerary.  To get around, you have the option of getting on the back of someone’s motorbike, getting a taxi, or getting a grab. The latter is usually a better option because you can negotiate a price in the beginning and there won’t be any surprises when you arrive at your destination. For transportation throughout the day, I would recommend carrying approximately 400,000 VND (17.30 USD) for the day to cover all your bases for going to and from locations. You likely won’t spend that much if you’re taking grabs but it’s better to be overprepared in case of incidentals. So in total, I would say you should carry anywhere from about 580,000 VND – 700,000 VND (about 25 USD – 30 USD). Pretty cost effective, eh?

I’m an American backpacker who has been traveling and living in South East Asia for the past several months. I left a job in finance to see more of the world and to teach English abroad. I’ve loved my experience in HCMC and beyond and I hope to share some of my experiences with prospective and fellow travelers. 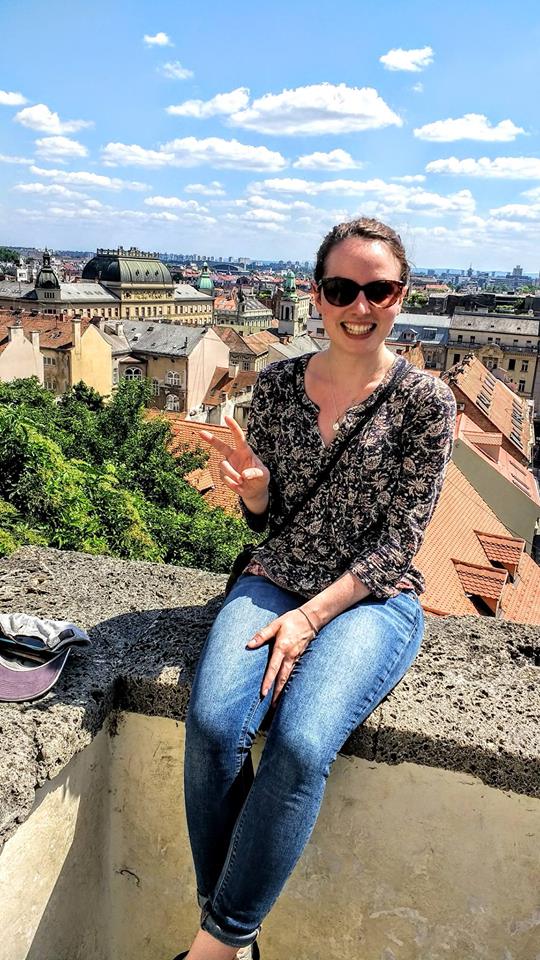